The Rivalry Between Hillary Clinton and Donald Trump Heats Up

SAN DIEGO, California – May 31, 2016 – As the rivalry between Hillary Clinton and Donald Trump heats up in the 2016 Presidential Campaign, one local businessman is hoping to have a little fun. John Grindle, a self-proclaimed “game guy”, entrepreneur, and indie game developer created a game to turn the heated debates into a light hearted competition between friends and family.

The 2016 Presidential Edition of Rivalry Dice (www.RivalryDice.com) puts the political race in the palm of your hand as you roll dice to see who wins the election. Choose your candidate, roll the dice, and avoid your rival to accumulate votes and win the election.

The independent game development community (indie games) has grown tremendously over the past decade due to crowdfunding sites like Kickstarter (www.kickstarter.com) and Indiegogo (www.indiegogo.com) and print-on-demand board game companies like The Game Crafter (www.thegamecrafter.com).

“We played board games and card games as a family my entire life and we still do. I always wanted to make my own game, but until recently that wasn’t financially feasible. Now, with The Game Crafter and some graphics software I can actually create a professional grade game. Aside from it being a ton of fun to create a game, it’s also really rewarding to see someone play it and have as much fun as I do.”

San Diego has become a hotbed for local game development companies like USAopoly (www.usaopoly.com) and Wiggity Bang (www.wiggitybanggames.com). USAopoly, based in Carlsbad, CA, produces branded Monopoly games including Game of Thrones and Jurassic World, as well as their own games like Telestrations, which is a unique twist on the popular kids game “telephone”. Remember the game we all used to play? Whisper a sentence to someone who whispers it to the next person until it gets back to the beginning and inevitably turns “I like to eat cheesecake with a spoon” into “your mom looks like a cheesy baboon”. Telestrations is a similar game with drawing and guessing instead of whispering.

“The thing I like most about the board game community is how inclusive it is. It doesn’t matter who you are or what you do or what you look like, there’s a game for everyone and an open chair at every table.”

Mr. Grindle likes games so much he created a team building and entertainment company, Game Night San Diego (www.GameNightSanDiego.com), based primarily on board games for corporate, private, and public events. He hosts approximately one public event per week playing social games similar to Pictionary, Taboo, and Charades and has hosted numerous corporate and private events.

“We spend so much time in front of a screen connected to our devices. I think it’s really important to work on our social skills as much as we work on our technical skills. Studies have shown playing games makes us happier, smarter, and more adaptable.”

We believe it’s important to disconnect our gadgets and reconnect with each other through face-to-face social interactions. Our high-energy hosts, games, and activities are based on friendly competition and teamwork. Break down barriers, open communication, and have fun with others playing classic party games. It’s more than just fun and games, it’s employee engagement, social networking, and team building done right. 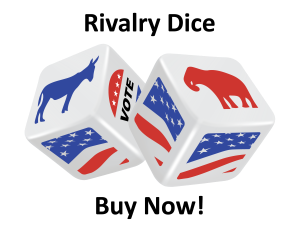